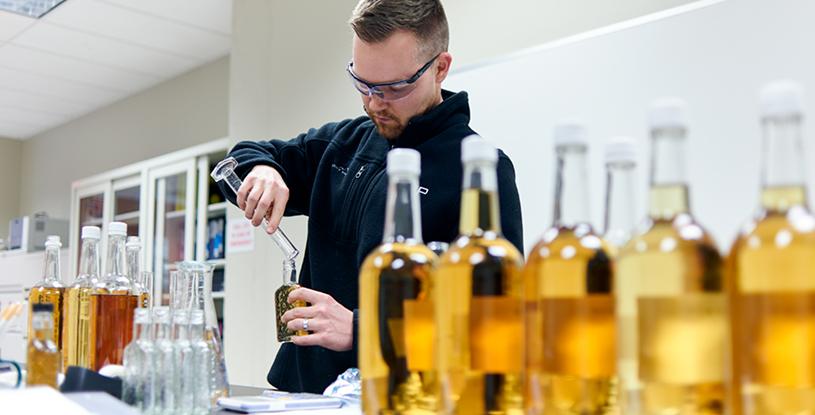 In the not-too-distant past, “blend” was synonymous with “bleh.” Blended whiskeys were cheap and second-rate, often mixed with poor-quality stock. If you wanted the best tasting whiskey, it had to be straight and aged, with the age listed proudly on the bottle.

Oh, how the perception of “blend” has changed. Today, “blended” is no longer a dirty word in the whiskey world. Today’s consumers, especially millennials, care more about a whiskey’s taste and story than its age.

But how did high-quality blends become a thing in the first place? That story started during the whiskey drought. About a decade ago, the demand for quality aged whiskey began to grow rapidly. As beautiful as that music was to distillers’ ears, they knew they had a looming problem. The demand was greater than the supply of aged whiskeys, and because you can’t travel back in time to make more, producers knew they’d run out.

So, to meet the growing whiskey demand, distillers began getting more creative…with blends. By mixing whiskeys that had already spent time in a barrel, they created exceptional tasting spirits that didn’t take years to be ready for market.

Distillers were releasing whiskeys with much less age, but they didn’t want people to think they were lesser quality (because they weren’t), so producers omitted the age on the label altogether. That’s when the blend trend really took off.

Master blenders like the ones at MGP are extraordinarily creative and can make exceptional spirits that meet age label requirements. But when they don’t have to adhere to an age designation, their bag of tricks gets even bigger as they have more options at their disposal.

Through expertise and experimentation, those master blenders are creating artisanal whiskeys that pique people’s imaginations and cater to their personal and adventurous tastes, and the market is drinking it up.