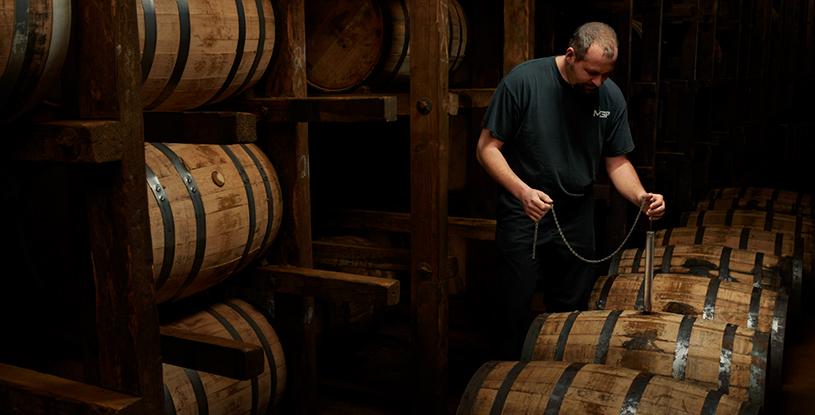 As a distiller, there’s nothing better than having a high demand for your product. That’s the goal, right? But what if there’s too much demand? This is something many whiskey producers are running into. Their aged whiskeys become so popular they run out of supply. And they can’t just whip up a new batch of an aged whiskey.

So, to keep up with the growing demand for whiskey, many distillers are using blends to create “younger” products that don’t need years of aging. This is clearly a growing trend, and they’re leaving age statements completely off their labels.

No Age Statement (NAS) whiskey isn’t new, but it has been growing in popularity as demand for whiskey rises and a generation of millennial consumers put more stock into a whiskey’s taste versus its age.

By law, if you put an age statement on the bottle, then every drop in that bottle has to be at least that age. For example, if you make a 12-year scotch, 100% of it has to be made from scotch 12 years or older. Let’s say you have a blend of 12-year, 5-year and 3-year, your label statement would have to be 3-year.

With NAS whiskey, distillers and blenders aren’t handcuffed by an age designation. They can mix and match different ages to create unique flavor profiles that don’t have to wait years before they’re ready for store shelves.

No doubt, there are many extraordinary aged whiskeys out there, but a newer brand may taste better than its older counterparts, leading to the question: “Does age really matter?”

“I’m perfectly fine with the disappearance of age statements,” said Paul Hletko, former president of the American Craft Spirits Association in a 2018 interview with Beverage Dynamics. “They don’t convey a lot of info to the consumer. To me, the quality of a whiskey is not conveyed by the number on the bottle but the brand.”

NAS whiskeys may be growing in popularity, but there are still traditional whiskey enthusiasts who will always swear by the numbers on the bottle as they help consumers navigate choices and validate their purchases.

Many distillers are partnering with MGP on both NAS whiskeys and their established brands of aged products, giving their consumers the best of both worlds.