Partnership includes a $50,000 donation for water- and land-conservation efforts in Mexico

ST. LOUIS (March 22, 2022) –The Dos Primos Tequila Company – founded by country-music superstar Thomas Rhett and his cousin, Jeff Worn – is partnering with The Nature Conservancy (TNC) to support land-restoration and water-conservation efforts in Mexico. The company has pledged $50,000 to TNC for its conservation work in the Tehuacán Valley area in Mexico. The valley is located southeast of Jalisco, Mexico, where Dos Primos Blanco Tequila and the recently launched Dos Primos Reposado Tequila are produced.

The Tehuacán Valley is the most biologically diverse arid region in North America and is home to a remarkable 70% of the world´s plant families, including wild agaves, “cousins” of the tequila and mezcalero agaves. The Valley served as one of the world’s ancient cradles of civilization, the earliest irrigation place in Mesoamerica, and one of the oldest in the New World. There, the agricultural communities employ age-old water and soil retention management techniques. For its natural and cultural richness, it has been designated by UNESCO as Natural World Heritage Site.

In order to protect this heritage and help improve the livelihoods of local communities through climate resiliency, Dos Primos is supporting TNC’s work to help conserve and restore this land by integrating sustainable agroforestry systems and replenishing adjacent streams and bodies of water, increasing the availability of fresh water by millions of gallons each year for nature and people.

“Jeff and I have a deep appreciation for nature – being outdoors is a really special way to spend time with our family and friends,” said Thomas Rhett. “With that, we take pride in our responsibility to help take care of the Earth.”

“We really want our love for the outdoors to show in how we help take care of the planet,” said Worn. "Dos Primos uses natural resources, like clean water and mature blue agave, to make our premium tequila. We’re hoping people will join us and lend their support to TNC’s incredible conservation efforts in the Tehuacán Valley by learning more and making a donation.”

From March through August, 2022, consumers can scan a special QR code where Dos Primos Tequila is sold to learn more about the project or to make a donation to TNC. The Dos Primos website and the TNC website also will feature information and donation links.

“By protecting ecosystems, we can maintain water sources, wildlife and irreplaceable natural assets for people and nature,” said Hilda Hesselbach, Water Security Lead for TNC in Mexico. “Supporting the conservation of crop wild relatives of agaves could be the future for tequila. We thank Dos Primos for supporting TNC and its work in Mexico in this great crusade for the conservation of nature in the Tehuacán Valley.”

Dos Primos is distilled at Destiladora González Lux, located just outside the city of Arandas, Mexico, in the highlands of Jalisco. The distillery utilizes sustainable practices for the distillation and bottling of Dos Primos Tequila Blanco and Dos Primos Tequila Reposado. For more information about the project, the tequila or to find a retailer, visit DosPrimosTequila.com. 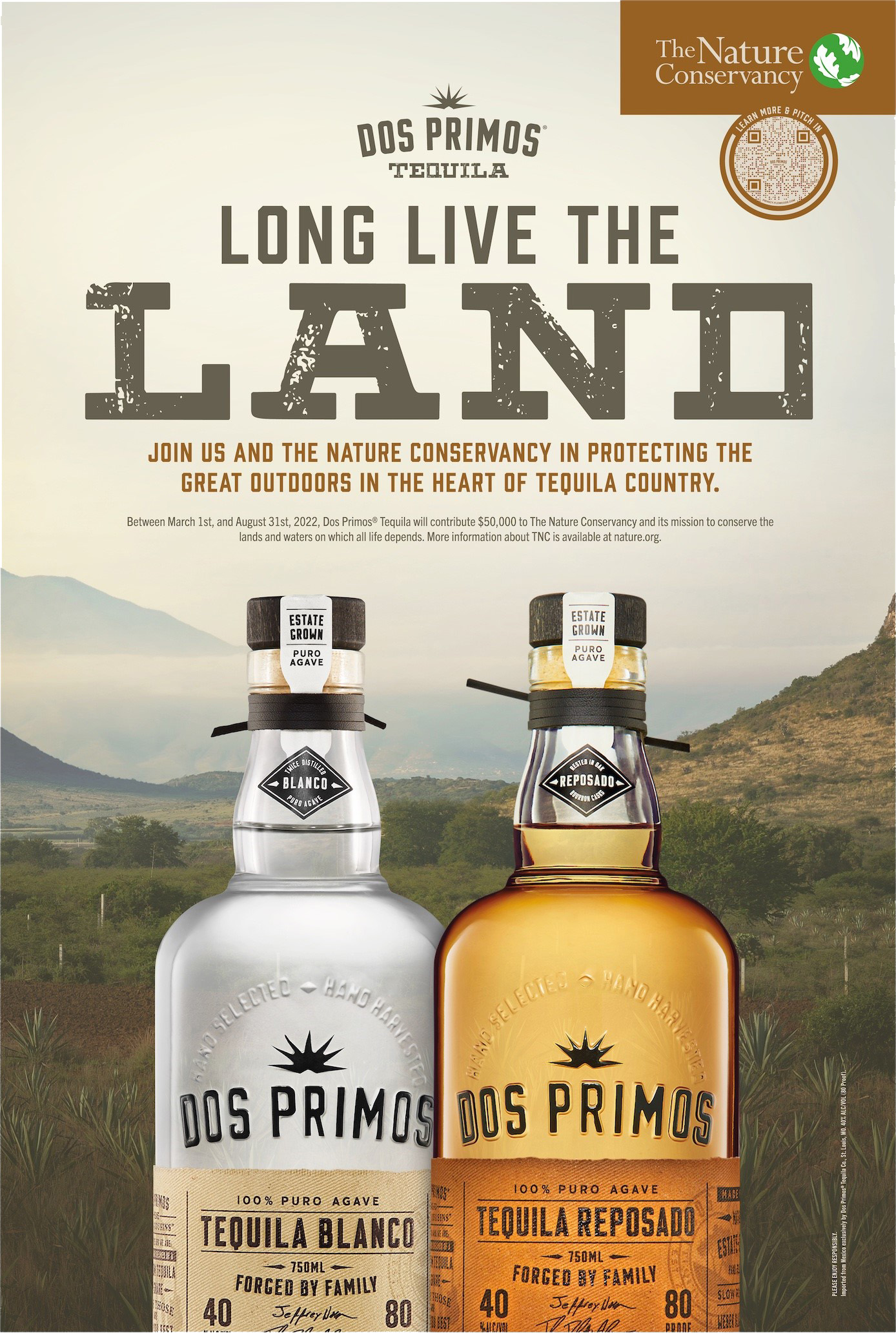 About The Nature Conservancy

The Nature Conservancy is a global conservation organization dedicated to conserving the lands and waters on which all life depends. Guided by science, we create innovative, on-the-ground solutions to our world's toughest challenges so that nature and people can thrive together. We are tackling climate change, conserving lands, waters and oceans at an unprecedented scale, providing food and water sustainably and helping make cities more sustainable. Working in 76 countries and territories: 37 by direct conservation impact and 39 through partners, we use a collaborative approach that engages local communities, governments, the private sector, and other partners. To learn more, visit www.nature.org or follow @nature_press on Twitter.

Ten years after signing his first record deal with Big Machine Label Group’s The Valory Music Co., arena-packing superstar Thomas Rhett — dubbed “the most reliable maker of No. 1 singles in country music” (Variety) — will deliver his sixth studio album WHERE WE STARTED on April 1. The album follows five albums, 18 multi-PLATINUM and GOLD-certified No. 1 hits, 12 BILLION streams and the longest current active streak of consecutive No. 1s in the format (Mediabase/Country Aircheck Chart). He has been honored with eight ACM Awards including Entertainer of the Year, two CMA Awards, five GRAMMY nominations, plus trophies from the CMT Music Awards, Billboard Awards and iHeartRadio Awards, in addition to being recognized with two CMA Triple Play awards for penning three No. One songs within a 12-month period. For more information, visit www.thomasrhett.com.