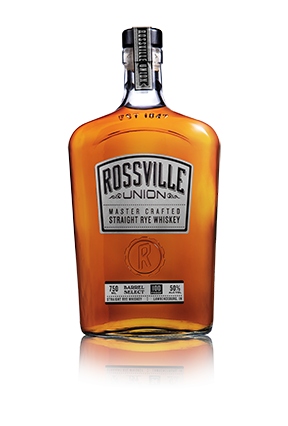 Named after the founding distillery in Lawrenceburg, Rossville Union represents a historic return to the home of crafted rye whiskey and honors a spirited tradition that dates back more than 170 years in America's original "Whiskey City." Known as the "Masters of Rye," the expert distillery team in Lawrenceburg brings generations of artistry, heritage and passion to the making of the highest quality rye whiskey.

Founded in 1941, MGP is a leading supplier of premium distilled spirits and specialty wheat proteins and starches. Distilled spirits include bourbon and rye whiskeys, gins and vodkas, which are carefully crafted through a combination of art and science backed by decades of experience. The company's proteins and starches are created in the same manner and provide a host of functional, nutritional and sensory benefits for a wide range of food products. MGP additionally is a top producer of high-quality industrial alcohol for use in both food and non-food applications. The company is headquartered in Atchison, Kansas, where distilled alcohol products and food ingredients are produced. Premium spirits are also distilled and matured at the company's facility in Lawrenceburg, Indiana.  For more information, visit mgpingredients.com.

Rossville Union is available in two expressions: Rossville Union Master Crafted Straight Rye Whiskey and Rossville Union Barrel Proof Straight Rye Whiskey. For nearly 200 years, Lawrenceburg's master distillers and blenders have been making original handcrafted rye blends in one of America's last Prohibition-era distilleries. In keeping with the historic legacy of the brand, the bottle design is a flask shape molded in an apothecary style with the Rossville Union name and "1847" distillery-of-origin date embossed into the glass. Both products are expertly blended from the extensive barrel reserves at MGP, a distinction which is cited on the label with the number of "barrels used" in each release, notably 159 for Master Crafted and 83 barrels for Barrel Proof.