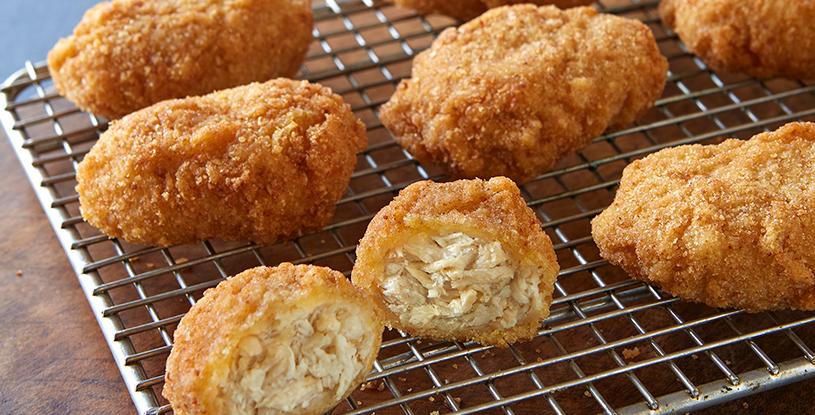 The Next Great Nugget Won’t be Chicken.

We might be in the middle of the chicken sandwich wars, but there’s one war that’s been going on for decades – the Chicken Nugget War.

A quick food science history of the nugget.

During WWII, chicken was in high demand. Once the war ended, demand for the white meat dropped. That’s when Robert C. Baker started experimenting with ways to turn chicken into a convenience food that appealed to home cooks who were crunched for time. Baker developed the first nugget in 1950, but he changed the game forever in 1963 when he developed a nugget that could be fried without the breading falling off. He did it by coating the chicken in vinegar, salt, grains, and milk powder to make it hold together and then using an egg and grain-based batter that was able to be fried as well as frozen.

Eighteen years later, McDonald’s had chicken nuggets in nearly every location across the nation. They had gone mainstream and the first punch in the nugget battle had been thrown. Today, as the meat alternative momentum grows, it’s only a matter of time before plant-based chicken nuggets enter the fight.

MGP is already helping producers create the next great nugget. Using their signature line of ProTerra® textured, plant-based proteins, food formulators can create nuggets from wheat or pea proteins that mimic the meat-like structure of chicken, then with added seasoning taste just as good as Ronald, the king or the redhead can make.