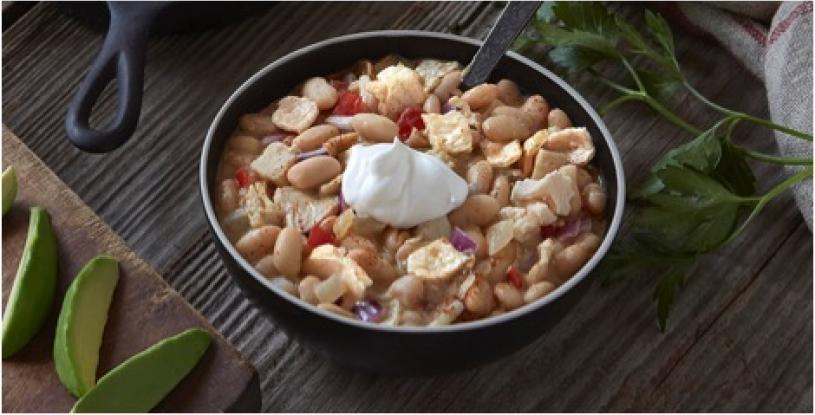 WHAT is ProTerra™ textured pea protein?

ProTerra textured pea protein is a brand new addition to MGP’s line of textured, plant-based proteins. It mimics the appearance and texture of meat for replacements or extensions and it’s gluten-free and allergen-free. It has enhanced texture and mouthfeel compared to powdered pea proteins, which further helps to improve the meat alternative eating experience. It comes in a range of textures and sizes, giving it the flexibility to be used in almost any application.

ProTerra textured pea proteins were brought to life through a collaborative effort between MGP’s R&D, operations, and sales teams as well as outside partners who sourced the peas and turned them into textured pea protein. However, it was the MGP R&D and operations team who perfected it and made it a marketable and scalable product. The entire texturizing process is something that MGP has been experts in for more than 25 years, beginning with textured wheat protein products.

WHERE was it developed?

ProTerra textured pea proteins were developed in the extrusion plant of an outside partner and in the food science labs at MGP headquarters in Atchison, Kansas.

WHEN was it introduced?

ProTerra textured pea proteins are so new they were barely released before this was written. Pilot trials began in late 2018. Once they were perfected, the first major scale-up occurred in July 2019 and the product line hit the market in May 2020.

MGP Chief Science Officer and Vice President of R&D Ody Maningat, Ph.D., said it best: “There are three major players in textured plant proteins right now: Soy, wheat and pea. Soy and wheat proteins are considered allergens. Pea protein is considered allergen-free. And pea also has good nutritional value and a more neutral flavor.” So, MGP developed its textured pea product to be a highly promising plant-based protein for the food industry. The WHY also comes from MGP wanting to help its partners meet market demand and go up against other pea protein competitors.

Want to know even more? Here you go.