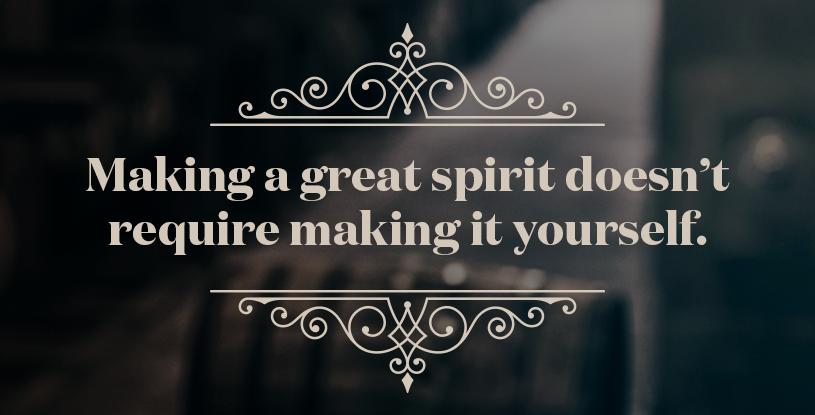 When Production Fails to Meet Predictions: The Long Tradition of Alcohol Sourcing

Making a great spirit doesn’t require making it yourself. In fact, many exceptional creations come from sourced alcohol, and it’s been that way for a long time.

Alcohol sourcing has been around since before the Prohibition era. Even when spirits first became an industry in the U.S. in the mid-19th century, distilleries didn’t always peddle their own juice, instead selling most of what they made to distributors who bottled, branded and marketed it. Sound familiar? It’s not too far off from the three-tier alcohol distribution system used today.

Growth in industrial engineering in the early 1900s made it easier for distilleries to bottle their own product, which made it more common for distilleries to also sell their own stuff. Even with these technological advances, however, whiskey continued to be sourced, even after the repeal of Prohibition.

So, why did alcohol sourcing begin, what was its purpose and why is it still commonplace today?  The main reason was, and is, purely practical. Buying wholesale helped distilleries meet demand when their supply chain ran dry. On the flip side, distilleries could offload excess stock when they had it. The economic issues of fluctuating supply and demand haven’t changed in today’s market. Sourcing continues to be particularly helpful for aged spirits like bourbon, where it can be difficult to predict what the market will do in another five, seven or 10 years.

Whiskey sourcing also remains popular today because of the formidable financial and time investment required to set up a distillery. And even if an established distillery has its own whiskey supply, it may want to add stock from one or more other sources to create a unique and special blend. Blending is a very specific skill in which MGP has expertise, and it’s an art that can help set your brand apart. (We’ll talk about blending more in future blogs.)

Another plus for whiskey sourcing: It helps rare reserves make their way to everyday consumers. Think 20-year-old spirits—bourbons and ryes—that are left over because of a sales decline in the 1980s and 90s.