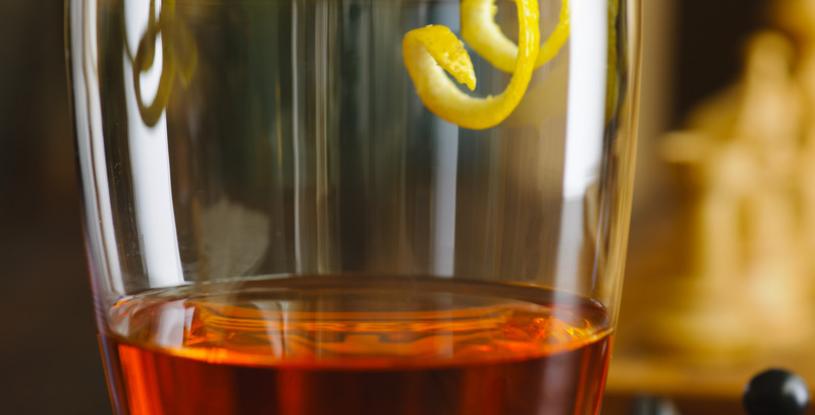 Like an insistent puppy that won’t stop nipping at your heels, rye whiskey is a relentless competitor to bourbon that doggedly continues to make inroads with consumers. Perhaps this shouldn’t come as a surprise. Rye may be the most ‘American’ of American whiskeys, whose popularity is booming across the U.S. and abroad.

Rye whiskey traces its roots to the beginning of our nation – George Washington distilled rye at Mount Vernon – and enjoyed loyalty from drinkers until Prohibition, when lighter, sweeter bootlegged whiskeys changed American palates. Rye remained out of favor for more than seven decades. It was disrespected – called a poor man’s drink – even featured as the drink of choice for alcoholic character Don Birnam in the 1945 movie “The Lost Weekend.”

But today, rye has regained respectability and enjoys attention and accolades from spirits lovers. Rye’s resurgence began about a decade ago with innovative releases from both craft and large distillers, ranging from High West to Brown-Forman. From 2009 to 2019, rye whiskey volumes increased 1,275 percent, the Distilled Spirits Industry Council of the United States (DISCUS) reports.

The growth continues. According to Nielsen, sales of straight rye whiskey (9L cases) rose 14% versus a year earlier in the 52 weeks ended August 14, 2021. The National Alcohol Beverage Control Association (NABCA) reports a similar increase of 13% from the prior year through July 2021.

So what is it about rye?

Certainly, there may be a bit of nostalgia for Americana and an 18th century American spirit by pandemic-weary consumers coping with upheaval in many areas of their lives. There’s also a continuing interest in premium spirits that became especially noticeable in 2020. Shanken News Daily (August 30, 2021), citing Impact Databank, says that rye is well-positioned for major whiskey marketers “as these upscale expressions generally sell for roughly two-thirds more at retail than their straight American whiskey counterparts…” And rye plays an important role in cocktail culture, which has enjoyed a renaissance of its own in recent years. As the main whiskey in classic cocktails over the years, it’s only fitting that rye is the basis for many new and innovative drinks.

Sometimes whiskey drinkers are just looking for a little more spice. Whiskey expert and CEO of Texas distiller Milam and Greene Whiskies Heather Greene called rye “the bad boy of grains” in her Straight Up column (September 3, 2015. on eater.com.) “… It’s big, bold and spicy when made well… something you’ll turn to again and again …”)

Rye whiskey, peppery and spicy, is made with at least 51% rye grain. But there are even spicier expressions, so-called “high-rye” whiskey that contain 95% or more rye.  The sensory edge that additional rye gives the whiskey is captured in tasting notes, with MGP’s 95% rye whiskey described this way: “Caramel and vanilla forward notes fade to a complex spice and smoky body. The rye spice in the body carries into a long finish.”

While many distillers abandoned rye in the 20th century because rye grain itself is difficult to work with in the distilling process, the historic distillery in Lawrenceburg, Indiana, kept at it.  Today, the Master Distillers at MGP continue this tradition to create distinctive rye whiskey that enjoys its place in distinctively American brands, like yours. We’re proud to serve the industry as the No. 1 provider of rye.